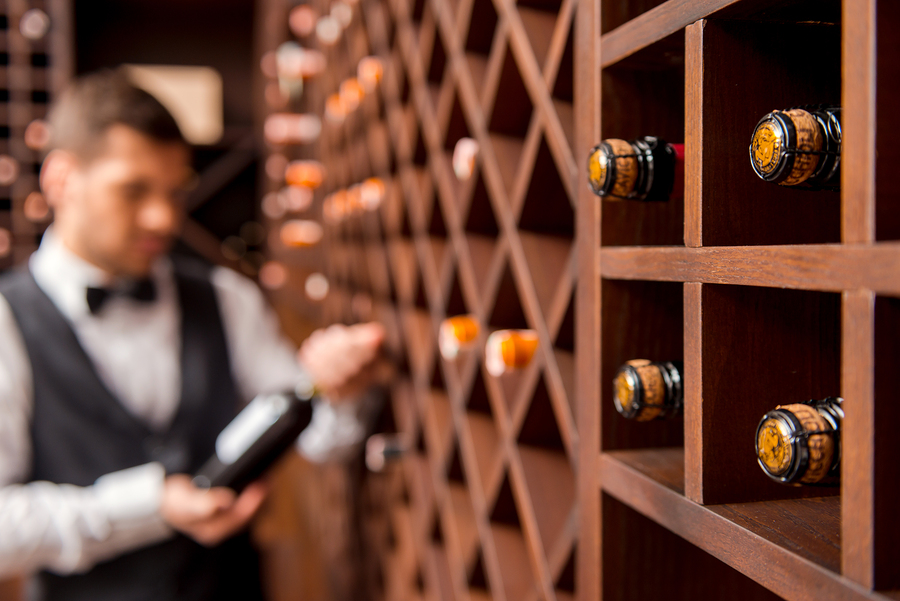 Just days after he announced his departure as full time wine Editor at the San Francisco Chronicle, and his intent to move from San Francisco for New York, Jon Bonné penned an article on Sunday suggesting that San Francisco’s wine scene was on the decline due to what he called a “brain drain,” and later on Twitter, “a void” of professional sommeliers in town.

Perhaps the timing was coincidentally bad, but it’s hard not to feel like this is some sort of parting shot as he heads to the New York wine scene, which he praises in the same article for having a thriving “sommelier culture.”

Sommelier Robert Perkins of Boulevard echoed the sentiments of more than thirty working sommeliers who I spoke with or heard from over the past few days when he characterized the article as a “hand grenade in the room before skipping town.”

Bonné’s article seems like a quick lesson in how to piss off a lot of sommeliers.

The inspiration for his piece came from his own tallying of full-time sommeliers that have left San Francisco, and he then checked with “several prominent wine directors” who apparently confirmed his speculation that lots of sommeliers were leaving town, and by implication, not being replaced. In a follow up blog post he quotes one as saying “that the number of true sommeliers working the floor in San Francisco has been cut in half since the financial crisis.”

His nail in the San Francisco Wine Scene coffin is the assertion that many restaurants are forgoing sommeliers all together in favor of wine consultants whose only job consists of creating a wine list. Bonné sees proof of his theories in the dearth of what he considers great wine lists in the city. Though strangely, the wine lists full of “potholes and pitfalls” that Bonné seems to dislike are, according to him, more the fault of inexperienced young sommeliers.

Wait. You mean the young sommeliers that you said we don’t have in San Francisco anymore?

Bonné, somewhat remarkably given his position and interests, seems to be completely out of touch with the local sommelier community, which numbers in the hundreds. And that is not counting the many restaurant servers and staff that are joining the growing ranks of students working towards certifications through WSET and the Court of Master Sommeliers.

On a purely personal note, for the past few years I’ve watched class after class of students graduate from the Culinary Institute of America’s Center for Professional Wine Studies and enter the San Francisco restaurant scene. Some of these students quickly became prominent fixtures in the industry, such as Lulu McAllister, who went on to work at Nopa and Cara Patricia who helped Mark Bright open Les Clos.

These students and young sommeliers continue to benefit from an incredibly rich history of mentorship stretching back not just to Larry Stone, who Bonné mentions, but much farther back to Evan Goldstein, Michael Bonnacorsi and Peter Granoff, all three of whom were working the floors of San Francisco restaurants and grooming what would be San Francisco’s first major generation of sommeliers before Stone turned Rubicon restaurant into the epicenter of the SF wine scene. Not only are those people (with the exception of Bonnacorsi who passed away at a tragically early age) and their contemporaries still providing mentorship to yet another generation of sommeliers, some, like Pat Kuleto Group sommelier Peter Palmer and Boulevard sommelier John Lancaster, are still working the floor decades later.

The next generation of San Francisco sommeliers who rode the wave of California’s wine boom in the late 90s continue to be major fixtures in the San Francisco restaurant and wine scene in addition to the well-known Rajat Parr whom Bonné cites.

Shelley Lindgren at A16 and SPQR; Gianpaolo Paterlini at Acquerello; Eugenio Jardim of Jardiniere; Debbie Zachareas of Bacar and the Ferry Plaza Wine Merchant; David Lynch at St. Vincent; Christie Dufault of Gary Danko (who now teaches at the CIA in Napa); and Master Sommelier Tim Gaiser — just to name a few people who were omitted from Bonné’s article — all continue to work in the San Francisco Bay Area and form the backbone of a thriving community of sommeliers.

While I have not done anything resembling a comprehensive survey, I’d say that the number of San Francisco restaurants who employ full-time sommeliers is probably at its highest point in the city’s history. And that’s not even including the trained sommeliers who Bonné points out are frequently playing not just wine directors but also general managers or even restaurant owners.

Not coincidentally the quality and diversity of wine lists in San Francisco has never been better in my 20 years of residence in this city. I’m not sure what city Bonné has been dining in for the past five years when he implies in his follow-up blog post that there aren’t good answers to his questions “Where are the great wine lists in San Francisco as compared to five years ago? Are there must-visit spots for serious wine lovers — both local and visiting?”

How about the great wine lists that have been in place for more than a decade at serious wine destinations such as Zuni Cafe, Boulevard, A16, Acquarello, Quince, Foreign Cinema and The Slanted Door? How about the fabulous lists that adorn some of the hottest tables in the city, such as St. Vincent, Les Clos, Rich Table, Tosca, Kin Khao, Bar Agricole and Bonné’s beloved Nopa? What about the little places that have quietly had excellent lists forever, such as Heirloom, Bar Tartine, Sociale, Ame, or Absinthe?

When I questioned Bonné’s premise in a twitter exchange, he implied that opinions to the contrary were merely falling prey to what he called San Francisco’s “tepid boosterism.”

The opinions I heard from the dozens of working sommeliers I contacted over the past few days have been anything but tepid. All but one of them felt like Bonné was way off base.

“How could San Francisco’s wine critic be so distinctly out of touch with the local wine scene that garners so much attention?” wrote Gianpaolo Paterlini from Acquarello.

“San Francisco is not a city that is lacking in sommeliers,” wrote Rebecca Fineman, Wine Director at Ame. “If anything this city is saturated with sommeliers. When I first moved here three years ago (from New York, nonetheless) I was both startled and impressed by the fortitude of the community. Someone joked, ‘You could throw a stone in any direction and be sure to hit a sommelier in San Francisco.'”

“As a Somm reading that article, I have to say it was hurtful,” wrote Petra Polakovicova, Sommelier at the Ritz Carlton Half Moon Bay. “I’ve been in the business 18 years now and have been watching the SF sommelier community grow stronger and stronger.”

I received e-mails from dozens of sommeliers whose responses ranged from frustrated to outraged at what they perceived to be an ignorant jab at their competence, their community, and their aspirations to continue San Francisco’s tradition as one of America’s wine capitals.

So when was the last time you saw a sommelier in the wild? Do you think they’re an endangered species in San Francisco? I suggest you go out and try to meet one. Here’s a list (off the top of my head, not scientific) of San Francisco restaurants (not including Peninsula, East Bay, or Marin) that have a full-time, on-the-floor, bottle-slinging, corkscrew-wielding sommelier, who, in addition to hooking you up with some great wine, will be happy to tell you that the rumors of their extinction have been greatly exaggerated.

And I am sure I have missed many dozens of restaurants, as this was just a quick cross reference between my memories and the list of SF city restaurants in OpenTable.

Read Jon Bonné’s article and then share what you think. Also feel free to chime in with additional restaurants that you know have working sommeliers.