Episode 475 of I’ll Drink to That! was released recently, and it features Giacomo Oddero of what is today Poderi e Cantine Oddero in the La Morra area of the Barolo zone in Italy’s Piemonte.

Today, Barolo is so well regarded by wine lovers around the world that it can be easy to forget that it wasn’t always that way. In the aftermath of the Second World War the market for Barolo was mostly local, the area was poor, and families were leaving the countryside and often emigrating to other countries. And there were few legal standards in place regarding how the wines should be produced. This difficult period of flux is one that Giacomo Oddero (who was in born 1926) remembers very clearly, because it was around then that his father died, leaving him and his brother the task of surmounting the challenges faced by the winery individually, and by the region as a whole. Giacomo is clear in the interview that he believes the current successful path for Barolo is the result of several steps undertaken in the years since those hard times. He recounts a history of region wide cooperation that resulted in new, stricter laws regarding the wines, encouraged better quality production, and brought about more sanitary working conditions. As generalities, those all sound straightforward enough, but of course the diavolo is in the details, and the struggle to achieve the goals was decades long. Giacomo brings the listener through the history of the region – which is also the story of his life – to the key moments that brought about lasting changes. He also notes the forces that at times threatened the region. If you are curious about the past of Barolo that informs the present reality, this discussion is a must listen. 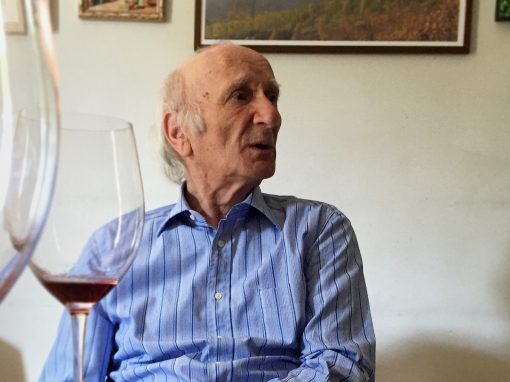 END_OF_DOCUMENT_TOKEN_TO_BE_REPLACED

I’ll Drink to That: Aldo Vacca of Produttori del Barbaresco

Episode 440 of I’ll Drink to That! was released recently, and features Aldo Vacca, the Managing Director of the Produttori