Three Men, One Shovel: The Single-Vineyard Cabernets of La Pelle

Earlier this year, I wrote up an extensive report on many of the new (to me) producers of Napa Valley wines. One of the most interesting of those was a new wine brand called La Pelle, which also (as I noted in the original piece) has some of the most stunning visual branding I’ve ever seen from a winery.

La Pelle is a collaboration between Maayan Koschitzky, a partner in the winemaking consultancy Atelier Melka, and Miguel Luna and Pete Richmond, who are partners in the Silverado Farming Company.

The company started almost as a joke, resulting from Luna’s experience working a harvest in Bordeaux at Chateau de Fieuzal as an intern fresh out of winemaking school.

“When you go to work at a winery in France you think it’s going to be romantic but it’s really hard work,” says Luna. “All I did all day long was dig out tanks,” referring to the messy and backbreaking work of shoveling the must (leftover skins and seeds) out of the fermentation tanks after they have been drained.

“I asked them how you say ‘shovel’ in French,” laughs Luna, “and then I told them one day I’m going to start a winery called Domaine de La Pelle.”

While it was a fun joke with his French bosses, the name lodged somewhere in Luna’s head and was there waiting for the perfect opportunity. That opportunity turned out to be a 2016 conversation between Luna and Koschitzky who, after two years of deepening friendship were kicking around the idea of doing something together.

“If you think about it,” says Koschitzky, “the shovel is the only tool that you use both in the vineyard and in the winery.”

The three founding partners represent an unusual synthesis of experience. Luna is a first-generation child of immigrants who worked his first harvest at age 14, the year after his father brought the family from Mexico in 1996. Luna’s father had been working the harvest in Napa since 1968.

Luna graduated from St. Helena High School, like many children of immigrants, while simultaneously working in the vineyards. After his girlfriend pushed him to continue his education, he went first to junior college (which took 5 years while working full time in vineyards), and then transferred to the Viticulture and Enology program at UC Davis. After graduation, Luna got his first jobs working in cellars, but also went back to work part-time for Silverado Farming, where he had done some previous work before heading to Davis.

“Pete eventually asked me to come on full-time,” says Luna, who faced the tough decision of whether to focus on winemaking or viticulture. “His pitch was that if I came back full-time, he’d support me with a label.”

So Luna started as a full-time vineyard management employee at Silverado Farming Company in 2015, and Richmond came on as a partner when La Pelle launched in 2016. Luna was made a partner at Silverado in 2017.

Maayan Koschitzky is an Israeli-born winemaker who comes to his job with a degree in viticulture, rather than enology.

“It’s crazy,” says Koschitzky, “Miguel and I are always laughing about how he has a degree in enology and I don’t, but I’m the winemaker with a degree in viticulture.”

Koschitzky, who also has a background in Engineering, worked his first harvest in Israel in 2004 and spent 7 years there before moving to Napa and landing assistant winemaking jobs at some big-name wineries, such as Screaming Eagle and Dalla Valle.

In 2014, he was hired as an Assistant Winemaker for superstar winemaking consultant Philippe Melka’s company, Atelier Melka. Melka would go on to make him Director of Winemaking in 2016, and a full partner in 2019.

Starting a Napa wine brand is pretty tough for non-billionaires. Especially if you want to make top-tier, single-vineyard wines.

“Maayan and I both have similar day jobs with high-end clients,” says Luna. “We get to do exactly what we think is best in every way. That’s what you get to do with an estate-model winery.”

“We’re both earning a living,” continues Luna, “but if we want to have our own project with similar levels of freedom it’s pretty hard. If you’re just buying fruit, you’re trusting the farming company. But since we own the farming company, we know exactly what’s being done.”

“We’re sort of modern-day vignerons,” chuckles Luna, “We’re doing everything from the farming to the winemaking, but we can do it affordably with our day jobs.”

The La Pelle lineup began with a Napa Cabernet, a Reserve Napa Cabernet, and the Sauvignon Blanc. It then expanded to include the three single-vineyard-designate Cabernets, as well as a Chardonnay from Bien Nacido Vineyards, after the trio managed to get ahold of fruit from the 1973-planted, own-rooted Chardonnay.

Koschitzky says there will soon be a “Block X” Syrah from Bien Nacido in the lineup as well.

So far, so good. The 2018 single-vineyard Cabernets which I review below sold out to their mailing-list customers within 2 weeks.

Despite the pedigrees behind the partners and the vineyard sites (which could command far higher prices), prices for the La Pelle wines look quite attractive, at least for Napa.

“A lot of the wines we make for our clients we can’t afford to buy ourselves,” says Luna.

Their Napa Valley Cabernet sells for $75, the Reserve for $175, while the single-vineyard Cabernets are $125 apiece (sold primarily in 3 packs of either the same wine or all three different wines).

From a winemaking perspective, Koschitzky has taken a decidedly classic approach, threading the needle between truly old-school and the rich styles of modern luxury Cabernet. The grapes are picked for moderate alcohols (their entry-level and single-vineyard Cabernets are 14.5% or less, while the Reserve is made in a slightly richer style and ends up around 14.8%).

The farming is a mix of organic and sustainable, depending on the vineyard, though Luna and Koschitzky would love for it to be 100% organic. Luna says Silverado stopped using Roundup three years ago on all of their vineyards, and has bought 2000 sheep to help with weeds.

The wines are excellent across the board, but the single-vineyard Cabernets are quite fantastic, especially at prices that are below many of the lower-priced or second-label Cabernets from upper-echelon producers in Napa.

This is a brand to watch for sure. And not just because it’s hard to stop staring at those stunning labels.

2018 La Pelle “Alluvium Vineyard” Cabernet Sauvignon, St Helena, Napa, California
Inky garnet in the glass, this wine smells of sweet black cherry, cassis, and cola. In the mouth, rich black cherry and blackberry flavors are bursting with acidity, wrapped in a thin, gauzy skein of tannins that flexes its muscles over time. Bright cassis and black cherry linger with the earthy tannins long in the mouth. Powerful and broader shouldered than the Red Hen. Planted in 1981. Expansive. 14.5% alcohol. 150 cases made. Score: around 9.5. Cost: $125. click to buy.

2018 La Pelle “Ceniza Vineyard” Cabernet Sauvignon, Coombsville, Napa, California
Inky opaque garnet in the glass, this wine smells of black cherry, chopped green herbs, and cola. In the mouth, rich and bright cola and black cherry flavors are enclosed in a thick fist of tannins. Excellent acidity, hints of dry herbs on the finish, massive, with a touch of heat. Chewy tannins linger. Most heavily structured of the three, and needs some time. The vines were planted in 2001. 14.5% alcohol. 150 cases made. Score: between 9 and 9.5. Cost: $125. click to buy.

And just as a bonus, here are my notes on the very unusual Sauvignon Blanc that the team makes, which will be released for sale on August 5, 2021, after quite a bit of time aging on the lees (read the note and you’ll see why).

2019 La Pelle Sauvignon Blanc, Napa Valley, California
Light gold in the glass, this wine smells of white flowers, lemon pith, and a touch of pastry cream and grapefruit. In the mouth, the wine is…. positively screaming with acidity. Amazing lemon pith and lemon juice profile mix with some crushed shell and seawater. Mouthwatering and unbelievably bright. This ain’t your standard Napa Sauvignon Blanc. It’s waaaaay better. Some will find it austere, but others, a breath of fresh air in the universe of largely unremarkable California Sauvignon Blanc. Made from a vineyard planted in 1981, and farmed to keep the fruit lean and ready for an early pick. Spent 18 months in barrel, 30% of which were new. A mere 11% alcohol. 275 cases made. Score: between 9 and 9.5. Cost: $45. To be released on August 5th, 2021. 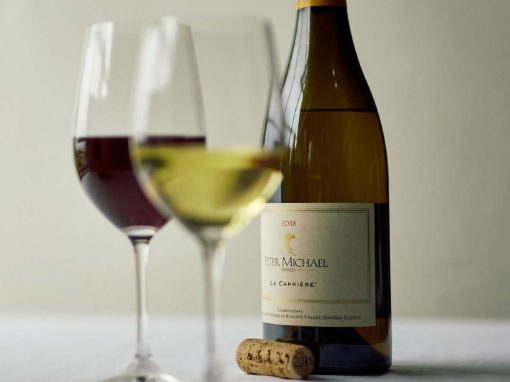 Depending on how much you believe in destiny, it will come as no surprise that when, in 1982, Peter Michael established his

END_OF_DOCUMENT_TOKEN_TO_BE_REPLACED 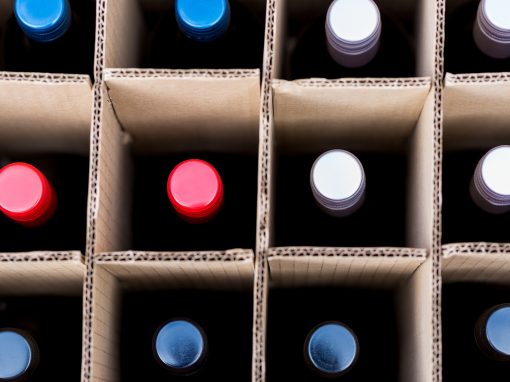